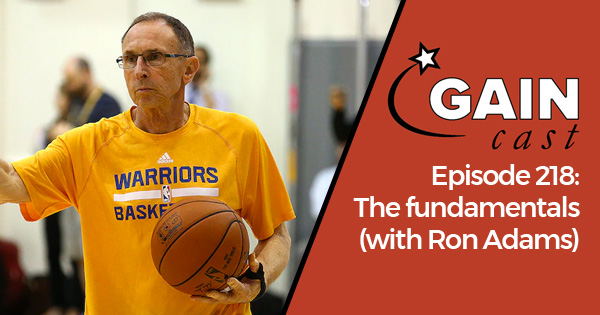 The NBA game has changed drastically over the last few decades. At age 73, Ron Adams is the old guard in the new world trying to adapt classic fundamentals to the evolving game. On this week’s GAINcast he joins us to talk about fundamentals, coaching, NBA trends, and more.

Ron Adams has been coaching basketball for more than 50 years, including two decades as a collegiate coach, and three decades as an NBA assistant. Since 2014 he has worked as an assistant coach for the Golden State Warriors, helping them win 3 NBA titles during that time.