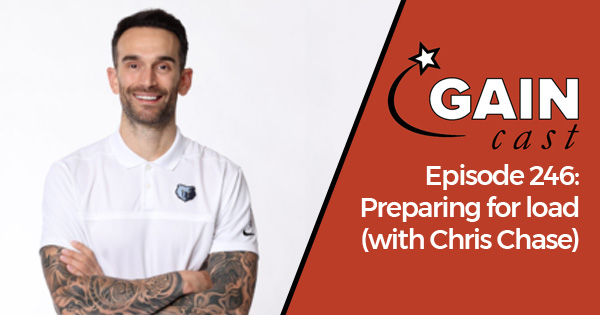 Load management is a hot topic with evolving viewpoints in many sports, especially basketball. A few years ago coaches seemed to think of loads as a poison to be avoided, but many coaches are advocating a new paradigm instead: loads are best managed when you are prepared for them. Chris Chase of the Memphis Grizzlies joins this week’s GAINcast to discuss how he prepares athletes for the demands of the long NBA season, including his use of some non-traditional methods such as flywheel training and constrained movements to find stimulus during the season.